We at walkietalkiereviews have seen a fair share of walkie talkies and the Motorola T100 does not stand out in any way that totally stuns us. However, one of the key strengths of good old moto is that these are compact, pack in amazing battery life and are seamless in their operation. They are also fairly easy to set up, and these are most certainly not your top of the line work radios. 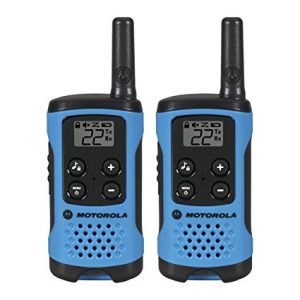 We would classify these into hobby radios, something that you would pick up for your kids to mess around with. Given the price for two units, they sure as hell seem worth it. These are small and simple enough for kids to use, and they are surely going to have a lot of fun with these.

As we stated, the T100 are not your typical business use radios, so there are a lot of compromises in this thing with respect to the features of this device. The major difference between these radios and a more expensive set is that there is a lack of privacy codes, where each channel can have some set of subchannels that are used to subdivide the channel for privacy purposes. So, you are bound to pick up on other communications if you live in a place with a lot of activity. However, we have found that in the past that these privacy subchannels didn’t really work as well as one would like so we think that the simpler method is better for someone who is not really going to use a lot of features on a walkie talkie.

You can certainly listen on those higher channels without a license though and we were able to hear truckers very clearly from a highway nearly 15 miles away from my house. The lower channels get about 1-5 miles of range as far as we can tell, but that’s highly dependent on the landscape and buildings. Concrete, for example, tends to absorb radio waves really well so you’ll have terrible range in a big city. However, for large flat plains with no real obstructions, you can expect wide coverage range. The range numbers on radios are always deceptive, so you should always trust numbers from reviews and people who have tested the radio thoroughly.


Please accept statistics, marketing cookies to watch this video.
The Motorola T100 is a part of the “Talkabout” radio series from Motorola. These range of radios have always included a tone when closing communication as a replacement for the “over” method. It’s a great way to get the kids to understand when it’s their turn to speak. There’s also a ringtone you can send to locate a lost radio or alert the other person that you’re about to say something. There’s a scanner feature as well.

There is one volume that you can adjust for both the tones and voices. It does not get very loud though, and it is probably not the best speaker around. Note that these will not work on a cruise ship despite a lot of amazon reviews stating that they would. It is because there is a lot of interference between cabins and magnetic walls of the ship, and the radio is not the most powerful around. You might be able to hear a few cabin crew on this, though. Auto Squelch is also present on this thing.

The battery life on the T100 has actually been pretty good. You can put in 3 AAA batteries into the radio. It is good practice to always use rechargeable batteries because you will always run out of juice on your disposable batteries. It’s an investment, sure, considering the fact that the alkaline ones are cheaper. However, in the long run this investment saves costs for you. Besides, it’s better for the environment as well. I tend to use Eneloop batteries so I can recharge them, but there are no recharging features for this radio itself. I know older Talkabout models had a charging base, but they tended to kill the radio for some reason. So, this method I think is an improvement. It is not easy to take the back off to replace the batteries, so that is a downer. 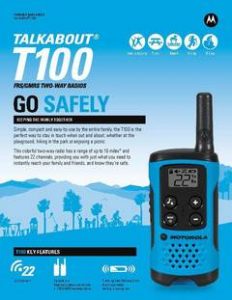 One of the few drawbacks on this device is that changing channels is not very intuitive. I’d suggest that you read the manual thoroughly before starting out. Often during using the T100 I have found that some radio frequency was already in use, so it is better to switch to another. You have 22 channels at your disposal. available. There are belt clips included with this device, but it’s so hard to miss! Better packaging would have certainly helped here. You can find them at the bottom of the plastic container. Be careful, don’t throw them away. However, you have to remove the belt clip to change batteries, and changing that is in itself frustrating. You need to use a small screw drive to prey up the clip spring when looking from the top. You should learn how the spring works before putting it on a unit, lest you will damage the unit.

Overall these are great, simple radios that are worth the extra cash in my opinion over ultra cheap radios you might pick up at the toy store, since they are really sturdy. 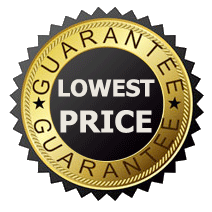